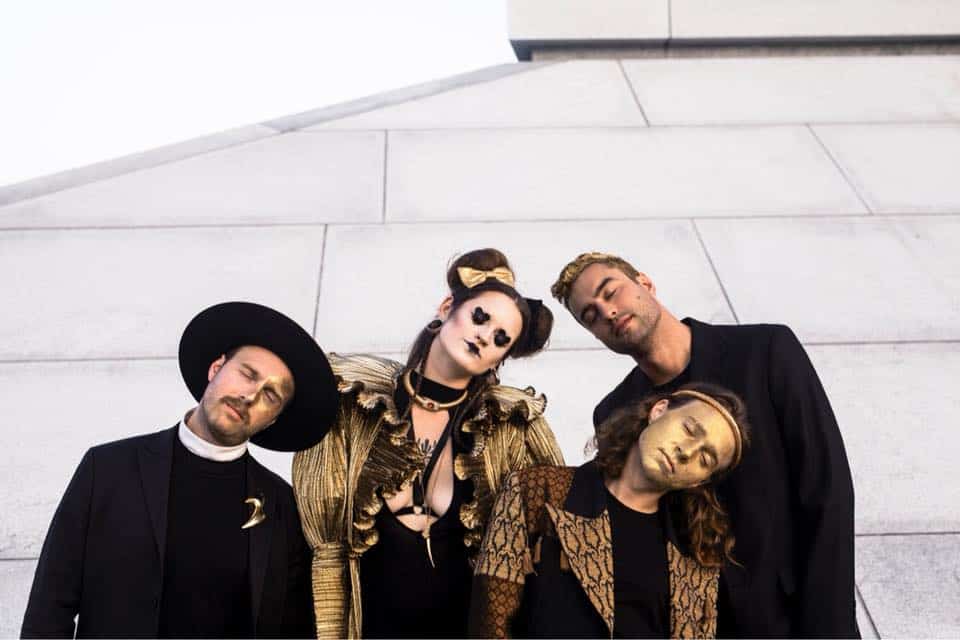 Blending lush, futuristic sounds with the pulse of primal urge, Gold Casio delivers disco-driven anthems designed to enrapture listeners to the depths of their cores. Recently relocated to Brooklyn from Portland, Oregon, Gold Casio is a colorful vision of irreverence, glamour and mystical devotion to the unholy deities of future-funk and live-band indietronica.

Brothers Julius Cassian and Brock Vesvius Cassian and musical cultists Ela Ra and Saint Siris manipulate synths, arpeggiators, beats, bass and vocal cords to fulfill their musical vocation of entrancing the masses through their Nu Disco rituals. Pulling inspiration from the likes of Chromeo, Jungle, Prince, and Niki & The Dove, Gold Casio has delivered unforgettable live performances to the acclaim of fevered, dancing audiences all along the west coast.

Gold Casio released their sophomore EP SINNERS in summer of 2018 on Seattle’s Freakout! Records and toured extensively in the western United States, including stops for official showcases at music festivals such as SXSW, Treefort Music Fest in Boise, and Upstream Music Fest in Seattle. Gold Casio regularly fill 200-300 cap rooms with enthusiastic gold-clad fans in their native home of Port- land, Or and in neighboring Seattle, Wa.

With a follow up full-length album in the works and relocation to new home base in New York City, the band is looking to play shows at venues large and small! We want to bring our Disco-Glam Dance Party to your stage soon!