Rita is the Goat, written and performed by Melanie Maria Goodreaux, was developed during her fellowship with DQT’s ongoing series, American Woman.* It will be co-produced by DQT and The Foundry in West Stockbridge, August 13-15.

The solo piece is a fantastical reimagining of a mundane last will and testament reading, a family at odds, poorly placed crawdad juice, a fallen matriarch, a legacy in question and a sibling rivalry so fraught it raises the dead.

(This show will take place indoors, masks are required, bar will open an hour before each performance)

BB’s Hot Spot Food Truck will be on premises Friday and Saturday night at 5:30 PM

Heather Harvey (Director) – is a Brooklyn-based director/producer/writer who specializes in nontraditional storytelling for stage, audio, and screen. She co-founded Black Revolutionary Theatre Workshop in 2015 and currently serves as Co-Artistic Producer with Mieko Gavia and Tim Craig. Recent directing credits include Shakespeare’s Hamlet (2021) and Rita is the Goat by Melanie Maria Goodreaux (2020) for Dramatic Question Theatre, Bars by Pravin Wilkins (2020) for Four Walls Theater, Fluid (2018) by Sheyenne Javonne Brown for CPT at the Schomburg, and Ruins (2018) by Hope Rehak for the Araca Project at The American Theatre of Actors.

Founded in 2009, by former members of the Professional Playwrights’ Unit of the Puerto Rican Traveling Theatre, Dramatic Question Theatre (DQT) has developed plays that have both received a wide array of national honors and been nominated for major awards including the John Gassner Award for New Play, Lucille Lortel Award for Outstanding Play, Drama Desk Award for Best Play, and Outer Critics Circle Award for Best Play. The company develops plays by Women and People of Color that deal with race, culture, and class. Concurrently, it builds a diverse audience from the Latinx and Black communities it regularly serves.

The Foundry and DQT began collaborating in January 2021 during the lab portion of American Woman, with Amy Brentano serving as dramaturg.

* American Woman is DQT’s ongoing series of solo shows by and about women living in the United States.

Join us for a night of laughter with Berkshire born standup comedian, Eryca Nolan.

Her original songs, characterized by “catchy choruses and melodies that frequently evoke the thoughtful, George Harrison-side of the Beatles” are a distinctive blend of Folk/Americana and Pop/Rock. 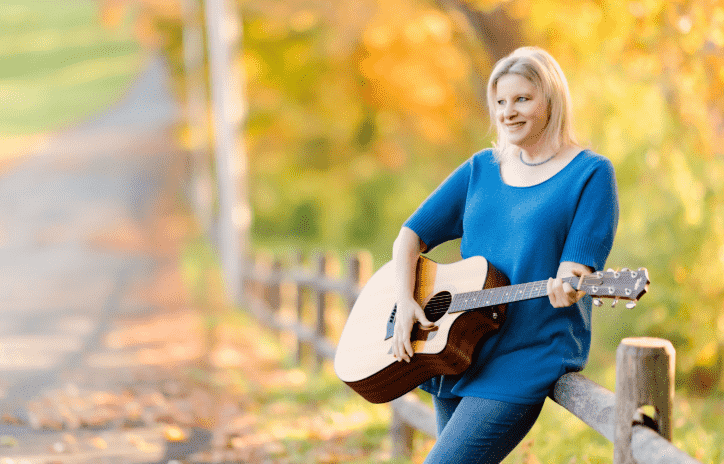