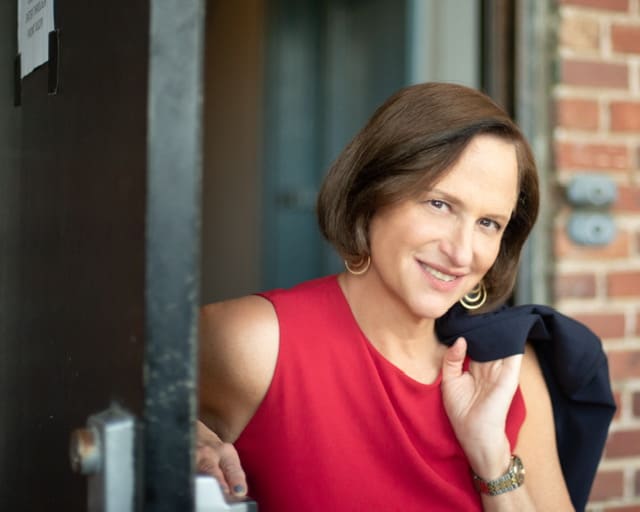 Patio Productions is a series of established artists who are either new to The Foundry or were scheduled to perform and postponed due to Covid-19.

Cory was a grand finalist NBC’s Last Comic Standing and a semi finalist on Americas got Talent. She has also had her own special on Comedy Central. Cory wrote and starred in the off-Broadway hit “The J.A.P. Show” which chronicles the history of women in standup. Cory conceived and developed “The Radio Ritas,” a nationally syndicated talk radio show for Greenstone Media, a company created by Gloria Steinem and Jane Fonda to provide radio programming for women.Her one-person show, “Having it all and other Myths,” premiered at the 1999 US Comedy Arts Festival in Aspen. “Having it all” was subsequently produced as a TV special for HBO, leading to development deals with Warner Brothers and CBS.

As a public speaker, Cory recently presented a Tedx called “The Joke that Saved my Life” which addresses her journey to escape domestic abuse. Her multi-media presentation, ‘Don’t tell Jerry Lewis but women are really funny’ is a favorite for colleges during Women’s History Month. And “Funny gets you further” is a program she presents for corporate groups encouraging women in sales to use humor (appropriately).

In order to offer our patrons the safest and most enjoyable experience possible, social distance policies will be in effect through the 2020 season. All guests must wear their masks when out of their seats. Bar is open for table service only, guests are welcome to bring food to enjoy at their table.

To purchase tickets please click through the ticket menu to select from the “Seating Map.”