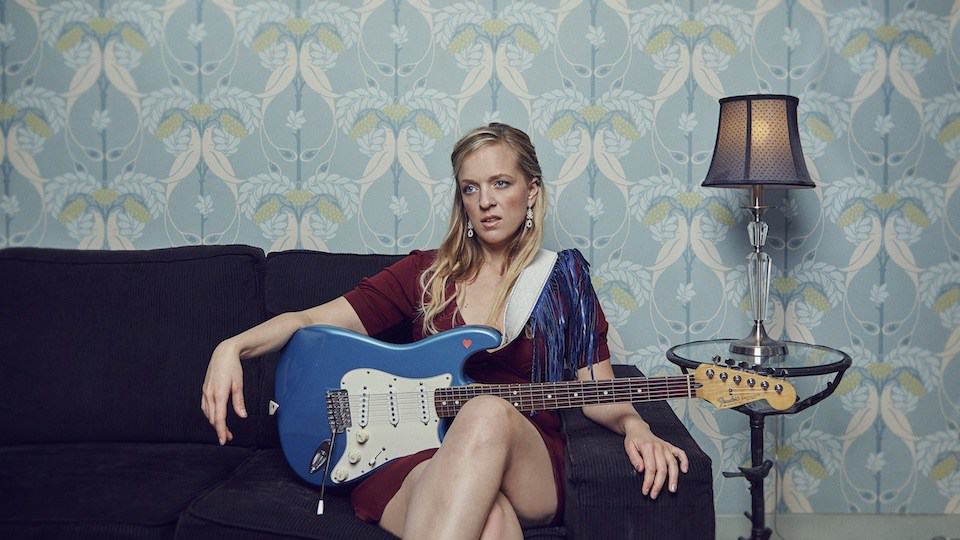 Burton’s career started in 2006 with a broken heart, a broken down van, and a haphazard tour across Canada in a van named Lucky. This set the tone for an artist life driven by adventure, spontaneity, and a desire to connect with people from all walks of life. 3 Minivans, and several greyhound trips later, Sarah has played 200+ shows a year, released 4 albums and played many festivals across North America, finding and sharing the inspiration for hundreds of songs. Rooted in folk, and skirting pop, rock and country – Sarah’s music is a collage of her own adventures, and the people she meets along the way. Her songs have made their way to the big screen, earned college radio charting in US and Canada and commercial radio play in Canada and Europe.

‘GIVE ME WHAT I WANT’

One bad breakup, two robberies, a few trips to the ER, and moving to the West Texas desert are just a few of the turns that led to the creation of SARAH’s fifth studio album, Give Me What I Want. It’s a vignette of a new age wild west with songs about internet dating, crazy exes, getting older, and that feeling you get when everyone around you is in love and you’re not. In it, Sarah delivers an unapologetic demand with a finger in the air, howling with the underdogs who are sick of getting scraps. It’s a raw and real album that skirts Americana, folk, rock and country; the songs tell classic stories in a modern age from love and lust, to enchantment and disenchantment, and that constant search for fulfillment.

Give Me What I Want was recorded in Austin at Jim Eno’s (Spoon) Public Hi-Fi studio, produced by Elijah Ford (who also plays guitars on the record) and engineered by Brad Bell (Spoon, Arcade Fire, The War On Drugs). Tracks feature Chris Konte on bass, Jason Baczynski on drums and percussion, as well as special guests: Tim Regan on keys/synth, Sam Kossler on pedal steel, Leigh Wallenhaupt on strings, Canadian folk trio Sweet Alibi on backing vocals, and Dave Quanbury on guitar and engineering in Canada